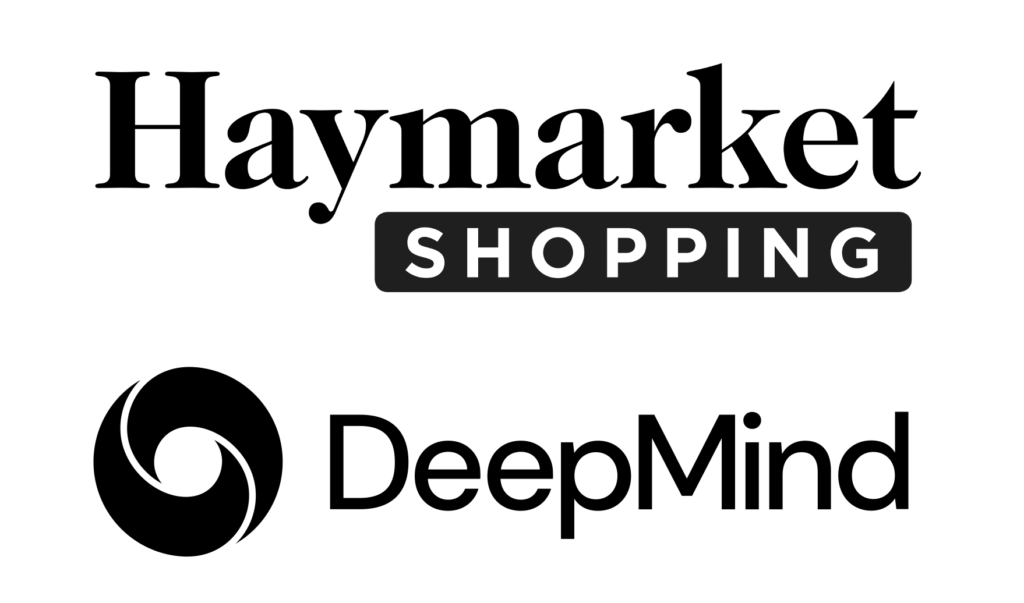 In this installation, artificial intelligence has been used to create images from text descriptions. The two prints are examples of the amazingly detailed creative work that can be generated with CLIP-CLOP Photomontage Generator working in close collaboration with the artists

We are delighted to be showcasing a pair of artworks created by staff research scientists and a programme manager at DeepMind as part of the British Science Festival programme. The researchers are Chrisantha Fernando, Piotr Mirowski, Dylan Banarse and Kitty Stacpoole.

The work comprises two 1m x 1m framed giclee prints, called The Fall of the Farmed and The Primordial Garden. Alongside the prints, a screen runs the computer code that has been written to create these works, and which is also able to generate many others.

The DeepMind technology the three researchers and programme manager have created is called the CLIP-CLOP / Arnheim 3 collage generator.

CLIP-CLOP is a dual image-and-text encoder. It is the type of system that has been popularized by large-scale neural networks such as OpenAI’s DALLE-2 and MidJourney‘s generator, which automatically generate art. Increasingly more sophisticated generators are enhanced the realism and visual appearance of artworks, using prompt engineering to enable stylistic expression.

CLIP-CLOP is an ‘artist-in-the-loop’ system, which has been designed as a gradient-based generator to produce collages. It requires the human artist to curate libraries of image patches and to describe (with prompts) the whole image composition, with the option to manually adjust the patches’ positions during generation, thereby allowing humans to reclaim some control of the process and achieve greater creative freedom.

The two artworks exhibited explore the aesthetic potentials of high-resolution collages which have been produced by the researchers.

CLIP-CLOP is an open-source Google Colab artistic tool and you can find out more about it on GitHub HERE.

You can also find this event on the British Science Festival website HERE.

The artworks on display at Haymarket Shopping Centre for the British Science Festival have been created by an artificial intelligence developed by DeepMind staff scientists and collaborating creatives, Chrisantha Fernando, Piotr Mirowski, Dylan Banarse and Kitty Stacpoole.

Christantha Fernando is a Staff Research Scientist at DeepMind. He trained in medicine at Wadham College, Oxford and worked for a couple of years as a doctor, but then I did an MSc at Sussex in Evolutionary and Adaptive Systems, followed by a PhD in simulating the origin of life with Eors Szathmary. We developed a theory of Darwinian Neurodynamics, and about 7 years ago I joined DeepMind to work on the interaction of evolution and learning. I’m particularly interested in open-ended evolution and learning. Right now I’m trying to understand how to automate the artist.

Piotr Mirowski is a Staff Research Scientist at DeepMind. His research on artificial intelligence covers the subjects of navigation, weather and climate forecasting, and human-computer interaction for artistic human and machine co-creation. Piotr studied computer science in France (ENSEEIHT, Toulouse) and obtained a PhD in computer science at New York University, with a thesis on deep learning supervised by Prof Yann LeCun (Outstanding Dissertation Award, 2011). A trained actor himself, Piotr founded and directs Improbotics, a theatre company where human actors and robots improvise live comedy performances.

Dylan Banarse is a Senior Software Engineer at DeepMind working at the intersection of AI, artificial-life and computational creativity. After attaining his PhD from UCW, Bangor, Dylan has worked on numerous commercial ventures at the intersection of artificial-life, TV and augmented-reality; heading the R&D group behind the Creatures series of BAFTA-nominated artificial-life games and leading the development for four series of the BBC’s (also BAFTA-nominated) mixed-reality TV show BAMZOOKi. Outside the digital realm, Dylan likes to dabble with analogue electronic generative music and video synthesis.

Kitty Stacpoole is a Research Program Manager at DeepMind, supporting the delivery of AI research in areas including generative art, continual learning & data-efficient learning. Kitty studied General Engineering at Durham University and has always be fascinated by the convergence of creativity and science.

DeepMind is an organization that is fascinated by human intelligence and how it shapes the modern world we live in today. Intelligence allows DeepMind to learn, imagine, cooperate, create, communicate, and so much more. By better understanding different aspects of intelligence, the organization can use this knowledge as inspiration to build novel computer systems that learn to find solutions to difficult problems on their own. Like the Hubble telescope that helped humans to look deeper into space, these tools are already expanding human knowledge and making positive global impact. DeepMind’s long term aim is to solve intelligence, developing more general and capable problem-solving systems, known as artificial general intelligence (AGI). Guided by safety and ethics, DeepMind believe this invention could help society find answers to some of the world’s most pressing and fundamental scientific challenges.

DeepMind started in 2010, when there was far less interest in the field of AI than there is today. To accelerate the field, the organization took an interdisciplinary approach, bringing together new ideas and advances in machine learning, neuroscience, engineering, mathematics, simulation and computing infrastructure, along with new ways of organising scientific endeavour. It achieved early success in computer games, which researchers often use to test AI. One of its programs learned to play 49 different Atari games from scratch, just from seeing the pixels and score on the screen. Its AlphaGo program was also the first to beat a professional Go player, a feat described as a decade ahead of its time. DeepMind joined forces with Google in 2014 to accelerate its work. Its programs have learned to diagnose eye diseases as effectively as the world’s top doctors, to save 30% of the energy used to keep data centres cool, and to predict the complex 3D shapes of proteins – which could one day transform how drugs are invented.

The research into the development and exhibition of the artworks in Leicester as part of the British Science Festival programme have been supported by DeepMind. You can find out more about DeepMind and its work HERE.