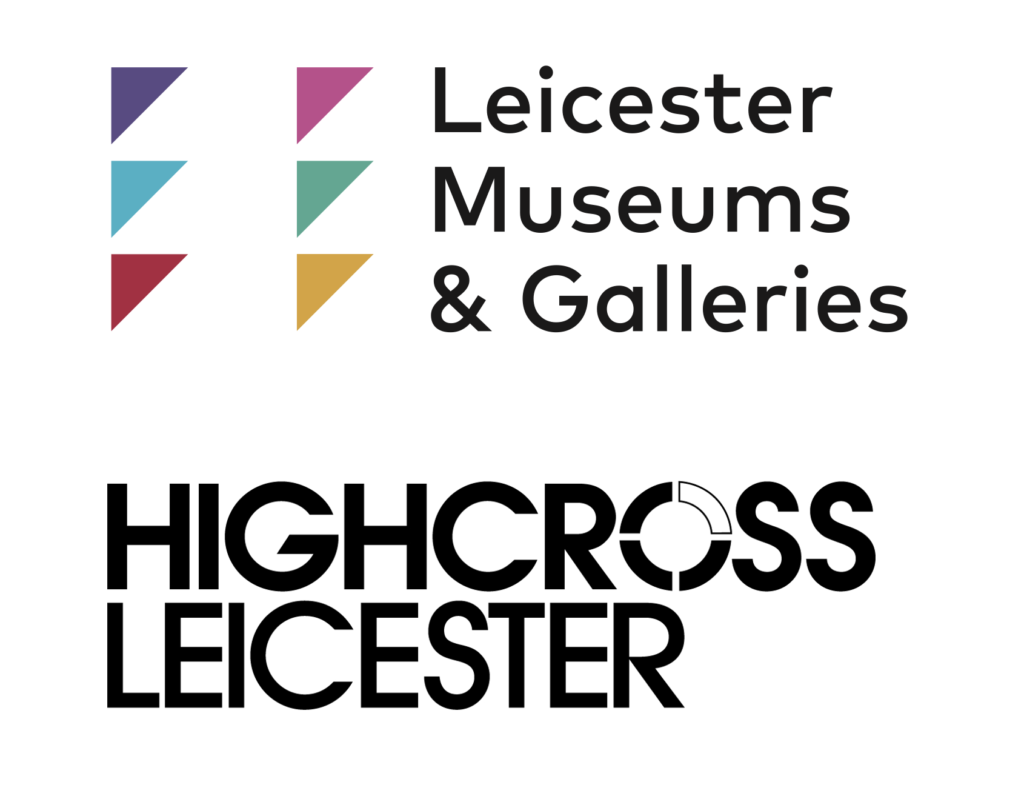 In this installation, artificial intelligence is used to reveal another place to the audience, creating an indelible link between Leicester Museum and Highcross Shopping Centre.

Leicester Tango is an interactive installation that is being showcased as part of the British Science Festival programme in Leicester. The installation is located at Leicester Museum and Highcross Shopping Centre.

Leicester Tango is a two-part artwork on two screens in two locations in Leicester. It is the latest work in a series that began at Leicester Polytechnic, as it was then, more than 50 years ago and includes Cities Tango: Leicester+Dubai, shown in last year’s Art AI Festival. Leicester Tango is a visual dance between the two spaces and the people in them. Each screen has a camera attached and the two are connected over the Internet. On each screen, images from the other location are dynamically revealed within an abstract pattern: photographs are interlaced with colour stripes. Each space, and the people in them, interact with one another across the city. The colours, stripes and timings used are driven by movements at each location. Immediate responses to rapid movement are seen by each audience. Each audience sees an ever-changing blend of colour bands with images of the other place.

What is seen depends on the movement of people in front of the screens. In each location the work reacts to audience movement. At the same time, analysed image information is sent over the internet to the other location to further influence the work’s behaviour. Leicester Tango evolves over time, depending on the movement of people. It uses AI in two respects. Pattern recognition drives its direct responses to movement and a rule-based system drives the evolution of the colours and the behaviour. The evolution develops using of the history of the movement of the audiences. One Leicester space influences another in a tango danced between them. The Museum influences Highcross and Highcross influences the Museum.

The work is an adaptation of the artist’s long eploration with communication games. A version of this work was showcased recently at the Dubai Expo 2020 connecting with Leicester at the LCB Depot. We are thrilled to include it as part of the British Science Festival programme in 2022 in Leicester.

You can also find this event on the British Science Festival website HERE.

Ernest Edmonds is a pioneer computer artist for whom combining creative arts practice with creative technologies has been a life-long pursuit.

In 2017 he won the ACM SIGGRAPH Distinguished Artist Award for Lifetime Achievement in Digital Art. The only other UK artist to be so recognized is the late Harold Cohen. Edmonds transdisciplinary achievements are demonstrated by the fact that in 2017 he was also awarded ACM SIGCHI Lifetime Achievement Award for Practice in Human-Computer Interaction. Having shown his work internationally for over 50 years. His work is described in “Generative Systems Art: The Work of Ernest Edmonds” (Franco, Routledge, 2017).

Edmonds is Emeritus Professor of Computational Art at De Montfort University and Chairman of the Board of ISEA International, whose main activity is the annual International Symposium on Electronic Art that began in 1988.

Edmonds has published over 400 books and papers, and exhibited his art across the globe. He recently exhibited in Venice, Leicester, London, Denver, Vancouver, Beijing, Shanghai, and Rio de Janerio. His most recent book is “The Art of Interaction: what HCI can learn from Interactive Art”, published by Morgan & Claypool. He is Founding Editor of the journal Knowledge Based Systems, an Honorary Editor of Leonardo and Editor-in-Chief of Springer’s Cultural Computing book series.