Beta-X Workshops Performing with an AI 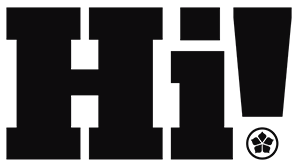 How can you perform with an AI or robot? How does it change creative performance practice? What kind of performance is AI suitable for? These and other questions are themes this workshop will address.

Taking place on Saturday 12 March between 2-5pm, this FREE 3-hour workshop introduces you to working with an artificial intelligence and robot as a co-performer.  The workshop will be led by Piotr Mirowski and Boyd Branch of the internationally recognized Improbotics troupe. Piotr and Boyd will guide you through developing some ideas for performance, giving you an opportunity to practice your ideas along with other workshop participants. Their creative ethos is about risk, challenge, and cooperation. Their approach embodies how improvisers take on seemingly impossible tasks, and through their skill and open mind, surprise themselves.

We recommend participants are 18+ years and have an interest or experience in live performance eg., improv, stand-up, dance or theatrical acting.

Please bring with you to the workshop: your smartphone and a headset/mic (latter if you have).

There is a maximum number of 10 participants for this workshop.

Improbotics is a tech-infused improvised theatre and comedy show and a live Turing test-based scientific experiment. An actual artificial intelligence-based chatbot is performing in the show and tries to pass as human as it sends lines to one of the improvisers via an earpiece. Our impossible and hilarious challenge is to attempt to justify, physically and emotionally, AI-generated lines that may make no sense at all.

Improbotics has been featured in the New York Times, Wall Street Journal, New Scientist, RTÉ One, Globals News Canada and Bloomberg.
**** (Binge Fringe) and Most Innovative Show Award (Paris Online Fringe 2020).
***** “If I were introduced to a show like this as a kid, I would definitely have paid more attention to science class” (Phoenix Remix, Brighton Fringe 2019).
**** Edmonton Fringe 2018.
“This could be revolutionary” (Broadway Baby, Brighton Fringe 2018).
“I will stick with artificial stupidity” (Colin Mochrie, Edinburgh Fringe 2017).

In their live shows, Improbotics explore how human improvisers could seamlessly perform when a machine or another human feeds some of them lines via an earpiece. The team then play together in a single, grounded narrative improvisation, despite the challenge. Similarly to the Actor’s Nightmare improv game, their AI-controlled improviser (Cyborg) needs to justify their lines as well as they can. However, in this case, their lines are interactive and depend on the context of the improvised scene. The other improvisers, who are not fed lines, need to make the scene look natural. All the improvisers, especially the Cyborg, need to play grounded characters. The AI chatbot, who listens to the conversations on the stage and interactively produces the next line for the Cyborg will probably be, at times, nonsensical. The free-will improvisers, who do not get lines fed to them, need to create strong dialogue. Or they can, to the contrary, pretend to be the AI and through deception, introduce a wildcard into the audience’s mind.

Their goal is to push the deception as far as they can, and to encourage the improvisers to act in the most natural and intelligent way, and to play to the full range of their emotions and physicality. This setup gives many potentials for strong comedy.

Your workshop leads for this event will be Piotr Mirowski and Boyd Branch.

Piotr Mirowski co-founded Improbotics. In his day job, he is a Staff Research Scientist working at DeepMind. As a member Dr. Raia Hadsell‘s and Dr. Shakir Mohamed‘s teams, where he has been focusing on navigation-related research, in scaling up autonomous agents to real world environments and in weather and climate forecasting. Some of his work has been published in Nature, at ICLR and NeurIPS and covered by The Guardian, BBC, Financial Times and many other press outlets.

Prior to joining DeepMind, Mirowski worked at Schlumberger Research, at the NYU Comprehensive Epilepsy Center, at Bell Labs (with Dr. Tin Kam Ho) and at Microsoft Bing, on problems including epileptic seizure prediction from EEG, the inference of gene regulation networks, WiFi-based geolocalisation, Simultaneous Localisation and Mapping on a smartphone, robotics, natural language processing and search query auto-completion.

During his theatre and improv performances (with and without robots on the stage), he investigates the use of AI for artistic human and machine-based co-creation.

Boyd Branch is a critically acclaimed digital media specialist for live performance and communications expert. He has designed stereoscopic 3D media for planetariums, large scale architectural projection for festivals, interactive digital installations for museums, and VR experiences for musicians and dancers. Branch’s critically acclaimed art, designs, lectures, and workshops have been produced off-off-Broadway and in major cities in the US, UK, Colombia, France, Pakistan, and the Netherlands, where he was a Fulbright Fellow. He is the creator of VirtualDirector, a software platform for creating remote virtual theatre, used for award winning virtual productions at festivals and conferences throughout Europe. His Improvisational Media and Performance Lab explores how improvisational pedagogies can be utilized to create accessible, adaptive, and socially supportive technologies. He has taught improv focused science communication workshops at major science institutions around the world including The World Academy of Sciences, The American Association for the Advancement of Science, Yale School of Medicine’s Ciencia Academy, and the New York Academy of Sciences. He is a lecturer in Digital Media at Coventry University, and holds an M.F.A. in Interdisciplinary Digital Media from Arizona State University, and an M.A. in Theatre Studies from the University of Utrecht in the Netherlands